Is Your Corporation a Personal Service Business? 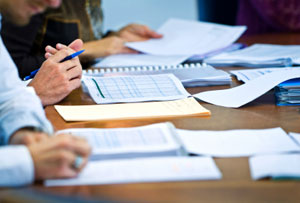 One of the first blogs I wrote was “I am a Contractor Unless CRA Says Otherwise” (Note: the link is being temperamental, so if you want to read that blog, either google it or it is listed as a favorite post on the right-hand side-bar). In that blog, I discussed the various criteria the CRA and the courts use to determine whether a person is an employee or a contractor. I then further discussed the income tax withholding issues that arise when the CRA attempts to re-characterize a contractor as an employee. Finally, I touched upon the concept of a personal service business (â€œPSBâ€) and the risk of incorporating if you are a contractor. In todayâ€™s post, I will expand on the PSB discussion.

For CFL fans of my vintage, the PSB rules came about because of the despised Ralph Sazio (despised if you were a Toronto Argonaut fan). Mr. Sazio, a member of the CFL Hall of Fame who led the Hamilton Tiger-Cats to three Grey Cup championships, decided he would incorporate a company to provide his services to the Tiger-Cats to benefit from the low corporate tax rate. The CRA took Sazio to court, but Mr. Sazio won his case prompting the CRA to implement the PSB rules.

In addition, on October 31, 2011, the CRA released draft legislation that imposes further punitive rules on PSB’s by removing the general rate deduction previously allowed. These new rules will become effective for taxation years beginning after October 31, 2011, and are discussed below.

The PSB rules deal with incorporated employees. Essentially, when a corporation has been interposed between what one would normally consider an employee-employer relationship, the employee becomes an “incorporated employee”. As I have discussed in many prior blogs, incorporation is advantageous because it provides the following: access to the small business deduction and the related low-income tax rate, a possible deferral of income tax, limited liability, and potential access to the $750,000 capital gains exemption on qualifying small business corporation shares.

In reviewing the PSB rules, you essentially need to ask yourself if you would reasonably be regarded as an employee or officer of the person or partnership to whom you are providing the services, but for the existence of your corporation. If you only have one or two clients and your corporation does not employ more than 5 full-time employees, and you do not meet the criteria I discuss in my contractor blog, you risk being characterized as a PSB.

So what are the income tax consequences of being considered a PSB once the new legislation is passed?

The corporation will be prevented from claiming the small business deduction, both federally and provincially, and as noted above, you will no longer even get the general rate reduction. In Ontario that means the corporation will be subject to income tax at a rate of 39.25% (in 2012). For comparative purposes, the current small business income tax rate is 15.5%. As a consequence, when taking money out of a PSB by way of dividends, the ultimate combined personal and corporate tax rate will approach 58% in Ontario, a very punitive amount which is 12% greater than a high-rate employed taxpayer would pay.

When determining the taxable income from a PSB, the only eligible deduction for the corporation will be any salary and benefits paid to the incorporated employee (yes, that means no other expenses such as travel, office supplies, and auto are allowed). If the incorporated employee is a salesperson receiving commissions, expenses paid by the corporation that would have been allowed as a deduction to the individual personally as a commissioned salesperson will be allowed.

If you are concerned that your corporation may be a PSB, a conservative approach would be to pay yourself a salary rather than using a dividend remuneration strategy. You may also want to avoid income splitting with family members who are not shareholders; however, your other business deductions are still at risk of being disallowed.

The proposed PSB rules are very punitive. If you may be an incorporated employee you should review your situation in detail with your accountant.
http://www.thebluntbeancounter.com/2012/01/is-your-corporation-personal-service.html